We provide high-quality holistic education at low cost to the children of the Mukuru kwa Reuben slum of Nairobi, Kenya. We strives to achieve high academic standards and to give the children an opportunity to participate in various co-curricular activities.

We also provide a hot lunch to the students, which is the only reliable meal of the day for many of them. The school also provides HIV/AIDS education to reduce the spread of this crippling disease, as well as getting its students involved in community service. 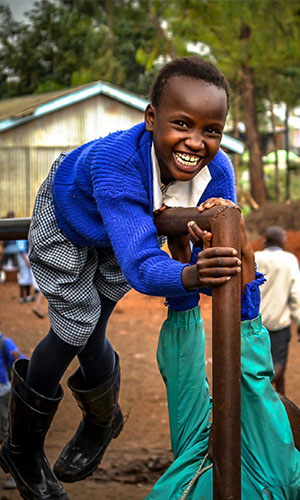 Our core business is to support Gatoto Community Primary School in delivering primary education programmes. Further, we recognizes that to build on the success of the primary school, there is the need to develop the children further through post-primary school and higher education, where possible.

The primary school follows the Kenyan National Curriculum, providing tuition to prepare the students for the state run Kenya Certificate of Primary Education (KCPE) Examinations. We also teach additional subjects including Life Skills, Physical Education and Creative Arts. We continuously seek ways to improve our academic standards and have created a team of teachers in each subject to find ways to develop the teaching of that subject.

We the issue of food security, a major concern for most Mukuru residents. Food security in Kenya is considered 12% lower than the global normative value, with an urban food poverty rate of 38%. Consequently, many of the students at Gatoto do not receive the recommended minimum daily food intake, which has an effect on their health and performance at school.

We initiated initiated a feeding program in 1996. We provide a daily serving of maize and beans or pulses to the students. This has had many positives, including improvement in attendance, child health and development, and academic and extra-curricular performance. Before the was introduced in 1996, pupils were frequently unable to stay alert in class, and absenteeism was high due to poor health from chronic malnourished. The feeding programme coupled with the climate of the school has seen the child drop-out rate drop from the high of 34% in 1995 to below 1% today

We believe that it we have to give back to the community that has been so important to our existence and survival. Students participate in activities such as scouting and activities to better the community. We also help the community by taking care of the students, even outside school.

The Social Worker then follows up to determine the reason for the child’s absence. In extreme hardship cases GIDP may provide a small amount of financial support such as additional food, a school uniform, or arrange temporary safe accommodation.